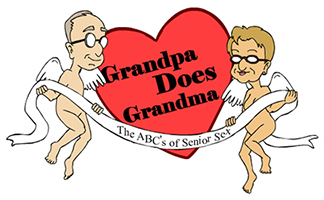 “Sexual energy…is more a function of health than age.”

Posted by Tashana Thomas on

Lately I’ve been getting some heat from Sassy Grandma because I’ve been watching so much TV. Well, we’re almost at the end of college football season and well into the NFL and beginning the PGA season so I suspect that trend will continue.

One particular evening, while engaged in meaningful conversation with grandma, she casually asked, “Honey, why do you spend so much time watching television.” It was a fair question and immediately plunged me into deep thought. After several seconds I replied, “Sweetheart, I do my best thinking in front of a wide screen TV.” She stared at me with a bewildered look on her face. I also tried to convince her that watching television allows me to spend more time with myself in an effort to better understand myself so that I could better understand her. Now she was totally confused.

She was under the false impression that I actually watch a program from beginning to end. Nothing is further from the truth. My “can’t live without” remote control should really be tagged the Random Remote Control. I simply randomly surf the channels looking for a reason to randomly surf the channels. This activity further illustrates my thinking process. I obviously believe there is something more exciting on a channel I am not watching. If I were honest, I would admit that, for the most part, I already know the outcome of the game or the conclusion of the movie I have already seen five or six times.

Maybe we will begin to understand why we’re so hung up on watching sports, sex, and action movies. We find ourselves living vicariously through our TV heroes. Admit it! We all want to live a James Bond life, be a quarterback facing a game winning opportunity, or simply be Tiger Woods while he was still winning major tournaments. It’s not going to happen. Not from the couch or the EZ boy recliner.

“The Myths of Senior Sex”

What couples are saying...

“It’s about time someone shared the realities and possibilities of senior sex.”

“Parker must have been hiding in my bedroom when he wrote Grandpa Does Grandma. What he says really works.”

“Grandpa Does Grandma gave me confidence to experiment with my wife.”

“Phil Parker takes a serious subject and presents it in a light hearted manner that makes it easy to read without losing his message.”